Members of the Arthneon Family

Emarth - She got married to Sendhil just before the war started in Selentohoth. (the continent far away) She was the last remaining Meth so when she married Sendhil it was the end of the Meths. She was thrown out of her family and forced to make a living in cloth making.

Sendhil - A respected man in the community and a great warrior. He was in the first war in Selentohoth. He rose through the ranks at an incredible rate but he was forced to stop fighting after an injury which would have taking his life if not for the healers. This is when he found Emarth and soon they got married keeping the Arthneon name going on. It was Sendhil and Emarth who started the voyage to Atamara. On the long voyage they had a son. They named him Shachtil.

Shachtil - By the time he and his parents got to Nazgorn, he was already in middle age. It was a long journey on the ship and a dangerous journey through the wilderness. His journeys had left its marks on him. While in a great city, he met Merium. After a long relationship they finally decided to marry and they lived up in the Nazgorn Mountains with Shachtil's Mother and Father. They had three children.

Merium - She has always lived in Barad Falas. She was born there and will one day die there. She met Shachtil one day at the market. They both liked each other loads. Now she works around the house up at Nazgorn.

Arth - He was the first born. He joined the army but died in one of many battles.

Eream - only just of age is starting to find out the world for himself. He is now making decisions for himself and will hopefully grow up to be a great warrior one day like his Grand father. 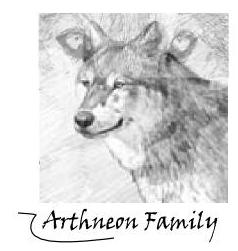