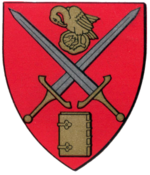 Palidor is the eldest son and a direct heir of Asterion. He is also an older brother to Giskard and a leader of his House. His appearance is slightly unusual due to his long reddish beard and a pair of gray eyes. He is a tall and strongly built man who can often be seen practicing his martial skills and battle techniques. His character is usually mild, but temperance and rage often breaks through his ability of self-control. Palidor loves gold more than he loves god, which often leaves a stain on his spirituality. It can be said that Palidor will usually only serve the gods if he gets something out of it. Being a noble that is highly dedicated to the sword, Palidor has learned to make his way through life by using the strength of his arms and his skills with the blade. His inseparable companion, Alares, is a finely crafted longsword that was gifted to him by the family elders upon his departure from home. Living by the rules of the blade made him a hardened warrior that has seen much battles and war in his youth. He uses a magical item as a belt, the Sacred Girdle of Glory, which was blessed by a priest of unknown origin and was said to be slightly illuminating in battle. The Girdle is very decorative and flashy and is usually noticed by many; even those who die by Palidor's hand. Palido was also an owner of a very mysterious collections, the so called White Collection of Forbidden Knowledge, which he then gifted to Queen Siana Deytheur after she coronated him as the Duke of Al Arab. The claims listed are supported by the Arrakis family and Palidor is in their eyes a rightful claimant: city of Grehk, city of Al Arab.

For Wealth and Glory 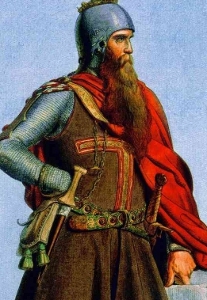 In his younger days Palidor was a bit of a wanderer and a mercenary, often engaging into conflicts that promised much glory and wealth. He started his career on Far East in service to Arcachon during their war with Arcaea, but eventually sailed off to Atamara where he gained his first military experience as a Marshal of one of the armies of the Kingdom of Suville. That place didn't hold him down for long, though, as he soon decided to partake in conflicts of the 4th Beluaterran invasion where he served as a knight of Sint, and faced the legions of the Undead. Some time before the beginning of the 5th Beluaterran invasion Palidor joined the Kingdom of Old Grehk where he was awarded with the town Yipinalke and military command of the main army of Old Grehk. However, with the death of Abraxas he longed to see his family again so he sailed back to the East Island where he entered the knightly service to Queen Siana of Eponllyn. After a short time of servitude he was awarded with the city of Al Arab and appointed as both Margrave and Duke of Al Arab, which was suppose to be a milestone for the rise of House Asterion and Arrakis family. However, the grip of the tyrant was strong on Eponllyn's neck, and infamous King Nosferatu of Perdan declared that Palidor ought to be exiled from Eponllyn otherwise the small fledgling realm will be destroyed. Such a notorious accusation was based on the fact that Palidor was of Arrakis family, which had ruled Ibladesh in the past. They did not take into account that Palidor was not of House of Mythos (which is the House that was a part of the Ibladeshi dynasty) nor that he never served Ibladesh or had any influence in the events that occurred. Disappointed and angry, Palidor stepped down and left for Atamara where he landed in the Kingdom of Suville, but fate turned tricks on him and lead him to an untimely death on the battlefield in the Monagle mountains, against the Kingdom of Carelia. After his fall in battle a large funeral has been organized to pay respects to this fallen hero, Palidor of House Asterion of Arrakis family. He left his only son Baudouin behind him.