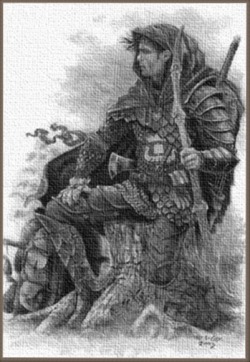 Alexanderos, or formerly known as Asturius, is the second child of Boreal Arrakis. His mother was of unknown origin which immediately threw him down the hierarchy of being the successor of his father. Thus, without his knowledge, he has been cast away from the family and his home by the supporters of the first born child of Boreal and a rightful successor, Sir Dagobert. He was sent south of Darfix all the way down to Pian en Luries, where it was up to the young noble to prove his noble blood.

Asturius knew very little of his childhood. Sometimes he dreamt a thousand of different faces, all of them evil and spiteful except one warm face that seems like it is showing him the way to somewhere. Where? He did not know. He only remembered that one day he woke up and was on a large ship, sailing down the shores of Garuck Udor and entering the Bay of Giask, after which the ship docked in the Silver City of Askileon. Adventuring seemed like a decent way of living, so Asturius started crafting his skills as a hunter. As he became more known throughout the noble world as a good master of craftsmanship, he was finally rewarded by a few letters of recommendation that could help him prove his noble origin. There Asturius found out of his true father and his not only noble, but also royal blood. In order to hide his past of a commoner and to properly ascend to nobility, he chose to change his name to Alexanderos.

Alexanderos is a tall man with dark brown eyes. He is very skilled with light weapons, thus fighting with two sabers he stole from some noble in Askileon, and without any shields at all. Since he became a noble he started wearing heavier armors and a war horse. He also uses a longbow for his hunt, which he made himself from a very solid oak in Mattan Dews. 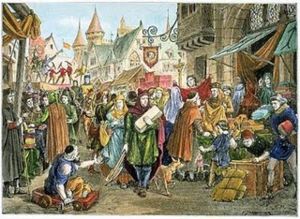 Alexanderos' arrival to Paisly, a large city on the inner shores of the western sub-continent of Dwilight.

Alexanderos chose the path of a hero early on. He is very fierce, as was his father, and is a display of invincibility which has completely no fear before the eyes of peril; which is not always a good characteristic. His purpose in life is mostly to reach the heights of his ancestors and form a worthy bloodline for his family. Motivated as such, Alexanderos often is driven forward with endless hunger for glory, fame and fortune.

Another failure of Boreal's breed, Alexanderos had a difficult life. As a noble he rarely managed to live up to the expectations placed upon him by the family, yet he at least managed to continue the line of his famous father. He raised his two sons, Leopold and Levon, the only living heirs of Boreal the Great.

Journey through the Dark Forest