Aristoi Atamarism was founded in the region of Washford on February 2nd, 2007 by Prophet Aeryn. The followers of Aristoi Atamarism are referred to as "The Aristoi", and their numbers have grown steadily. Many temples dedicated to Aristoi Atamarism were constructed in Abington in a very short period of time, most especially in the duchies of Suville and Narville. The temple in Suville was itself enlarged several times and eventually became the largest temple of any religion in the world. Slowly, the influence of the Aristoi spread to the duchies of Stoneville and, to a lesser extant, Riverholm and Wayburg. Aristoi Atamarism was once one of the largest religions on Atamara; however, the entire Abington Peninsula was ravaged by famine, and over 100,000 peasant followers died of starvation. The Aristoi, especially Messiah Callisto Maximoff, worked tirelessly to restore the affected regions to their former glory; however, Abington eventually dissolved into its respective duchies. Each new realm adopted its own religion, and the Aristoi became the official state religion of the Kingdom of Suville. The Aristoi are on very friendly terms with many religions on Atarama, the one exception being Magna Serpaensism which the Aristoi consider to be a threat to the general good and welfare of Atamara. 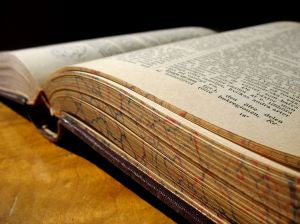 The Meter on display in the main Temple of the Aristoi, located in the heart of Suville.

The word "theology" is derived from the ancient Atamarean word "θέος", meaning "god". Hence, theologies tend to be primarily interested in gods and goddesses; however, religions are not synonymous with theologies. While religions tend to be heavily influenced by theology, religions are defined by their beliefs on a wider range of topics, such as morality and ontology. While the Aristoi frequently make reference to several deities, belief in such deities is neither required nor even encouraged. Instead, it is the importance of virtue that commands the greatest influence amongst Aristoi.

The most important beliefs of the Aristoi can be found in the religious text of Aristoi Atamarism, ό Μέτριος, which translates into modern Atamarean as "The Meter". It contains all the teachings of Aristoi Atamarism. While The Meter is a very esoteric text, all of the Aristoi agree that the Golden Rule is to "always act in accordance with the general good and welfare of Atamara and its people". Hence the name of the religion, "Aristoi Atamarism", which roughly translates as "for the best of Atamara". The story described in The Meter is an allegory told from perspective of Abington, the realm in which Aristoi Atamarism originated, but like most things in The Meter, the prominent role of Abington is not meant to be taken literally. Instead, Abington is taken to be an example, the lessons being applied to whatever realm you happen to swear fealty to. In this sense, Aristoi Atamarism is unique among the religions of the world: where most religions preach loyalty and obedience to their faith, the Aristoi preach loyalty and obedience to their realm. Consequently, two Aristoi of opposed realms would stand against one another on the battlefield in service to the the same faith. Indeed, as one scholar pointed out, it is quite possibly the only religion that can wage a religious war against itself without violating its own principles.

The Meter is divided into three testaments, each of which are further divided into four books. It should also be noted that when the Middle Testament was written, Carelia was an ally of Abington, and Ash Sea Islands was an enemy of Abington. One must remember that, just like Abington is an example of a realm, Carelia and ASI are examples of allies and enemies, and are not meant to be taken literally as Carelia and ASI.

The followers of Aristoi Atamarism currently recognize a single holiday, called "Auta Amera". It is observed once per month as a celebration of the anniversary of their founding, which occurred on February 2nd, 2007. The name "Auta Amera" is a transliteration of the ancient Atamarean "αυτη ημέρα", meaning "The day itself". Participation can be either public or private, and in either case is completely voluntary.

Like most religions, Aristoi Atamarism has a rigid structure, however, only elder ranks represent authority within the order, and they are collectively referred to as the Council of Elders. The remaining ranks are honorary, serving to recognize a noble for his or her contribution to the order.