The Andrasta Clan hails from the frozen plains of Lower Tell, a province on Atamara ruled by the Vikings of the Barony of Makar. Full-bred Vikings themselves, the warriors of the Andrasta clan live for battle.


Drustan the Mighty is the older brother of Ceowfyr and Sennianus, and first-born son of Caradac. He served as a Knight of Lower Tell, a province of the Barony of Makar and his home region, assisting his brother against Minas Ithil along with the other Makarians. But after a while, Drustan started to believe he was too far away from the frontlines, and changed his allegiance to the Phoenix banner. After Ceowfyr became the Count of Melmoor, Drustan swore an oath to him, and he serves as a Knight of his older brother. He became a priest of the Way of the Hammer, and starting converting peasants deep in Ithilian territory. Despite the constant risk of lynch mobs and lurking assassins, Drustan continued to spread the faith, until the call of battle became too strong again. He declared himself a future martyr of his faith, became a knight of Ashmoor. 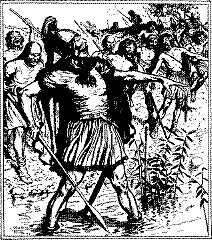 Ceowfyr the Brave is the younger brother of Drustan, older brother of Sennianus, and second-born son of Caradac the Fearless. He became a Knight of Melmoor under Skallagrim Storm shortly after joining the Vikings of Norland. After Skallagrim's mysterious disappearance, Ceowfyr was chosen as his successor, and the young Andrasta now serves as Count of Melmoor. He has also expressed his wish to become Grand Justiciar of Norland, and ran in several elections. Instead, the Military High Command decided that Ceowfyr's talents were better used in the military, and appointed him as Marshal of the Army of Heimdal's Horn. A career that was short-lived, as Ceowfyr resigned from his post days later, citing personal problems as his motive. But in a surprise move, Minister Fenrig informed the realm that he would be stepping down, and a successor was needed. The obvious choice, Gimlack the Grizzly, could not fulfill this role, being Grand Justiciar and Duke of Brackhead already. The next morning, Ceowfyr woke up with a sore head and a stack of crisp, unused and bright red parchment on his desk. Before his 24st birthday, Ceowfyr the Brave of the Andrasta had ascended to the rank of Minister of Defense of Norland...

His time in office did not last long, however. After just two months, he resigned from his position, citing personal reasons as motivation. Shortly after, he stated his intention of replacing Krypton the Bold, whose personal affairs claimed too much of his time, as Prime Minister. However, due to an administrative error, all votes for Ceowfyr were lost, and Gimlack the Grizzly was elected as Prime Minister. Since then, Ceowfyr has withdrawn from the ruler elections, and started a campaign to get himself elected as Grand Justiciar instead. He is a fervent supported of a zero-tolerance policy against foreign agents, and will do his utmost to see as many of them as possible swinging from a tree. 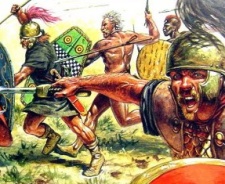 A naked Sennianus in the midst of a Taselakian infantry charge.


Sennianus is the youngest of the Andrasta clan. His mental instability caused his family to put him on a ship to the war-ridden South-East Island immediately after he came of age. Sennianus joined the Kingdom of Taselak in the struggle against the Theocracy of Toren and the Republic of Ikalak. During his stay there, he has managed to survive two duels to the death, and an assassination attempt, all a result of his loud mouth and ill manners. Nonetheless, he is a zealous warrior, and would give his life for Taselak... some say that day might come sooner than Sennianus thinks. He is somewhat infamous amongst friend and foe, mostly because of his bad reputation (OOC: Sennianus was the first noble ever to reach negative repute. -11 and counting!) Sennianus has repeatedly thrown his name into the hat for the Arch Priest elections... so far, few people have dared to vote for him. Perhaps it is for the better. 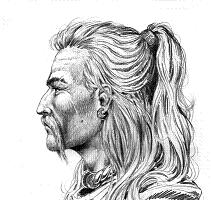 Brennus, in a picture drawn by a Sage as apology for breaking his Ancient Crown.


Brennus is the son of Caradac and an unknown mother. Being a bastard child, he was sold to a slave trader at ten years of age, and taken to Beluaterra. Ten years later, he escaped from his masters and he now roams to countryside, collecting gems and precious items, along with his pet wolf Wodan. He has helped his realm of Khthon in the process of manufacturing unique items for use in the Third Invasion, providing much needed quartz and mountain flowers.