Difference between revisions of "Wudenkin" 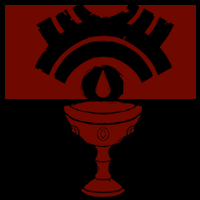 Before the invasion, when every little or big city held perfect stats, Wudenkin was the third richest, being the last of three cities in the continent with more than 2000 gold and the second most populated city of Beluaterra. At the moment it's a partial ruin as the Sanguine Order claims it as the capital of the realm.

The city of Wudenkin holds the biggest, most varied brothel of Beluaterra. Not only Avalonians enjoy this great pleasure but other people with different nationalities come to Wudenkin to relax themselves for a few hours and forget the heat of the battlefield for a while.

This great city has also one of the main trade centres, since the river Beluas, which divides the continent, passes near Wudenkin offering more trading with the ships who dare to enter this extreme dangerous river. Actually three cities take benefit of the lake: Vur Hagin, Vozzessdor and Wudenkin.

The Seventh Age of Beluaterra

The city of Wudenkin is a dense and ancient city, much of the architecture reminiscent of ages past. Frequent occupation of Undead had left many scars; ruins mixed in with the narrow streets lined with tall stone buildings. With the foothills of the great mountain range to the south, and Lake Salaman to the north, the city of Wudenkin stands as an imposing sentry between the two.

The western most district was the Veiled Harbor, larger ships and docks sprawling inland to larger estates and craftsmen and traders. Tall estates looked over the wider roads that were well patrolled and trafficked by carts and the ringing of the smithy's hammer.

To the South was Agony Heights, a newer development in the foothills of the mountains named for the painful laboring of the mines for coal and iron. The buildings here were in better repair than most given the newer stone masonry, with short homes carved into the the hills along narrow roads.

The northeast was the poorest of the districts, known as the Bayside Slums, a mixture of smaller wooden and stone homes in poor condition. Smaller docks and poor fishermen swarmed the docks every morning, and the afternoons smelled of fish and cheap beer as the days catch were cleaned and the sailors returned to gamble and trade.

These three districts surrounded the ancient town center, crammed together with shops, inns and taverns. The main center of commerce in Wudenkin was named the Shadow Market. Named due to the shadow of the Citadel crept through the streets as the sun moved through the sky, yet some say that it's named as such due to the type of deals you can make in the Market.

Within the center was the crumbled black heart of the city, the Sanguine Citadel, burnt stone and menacing. 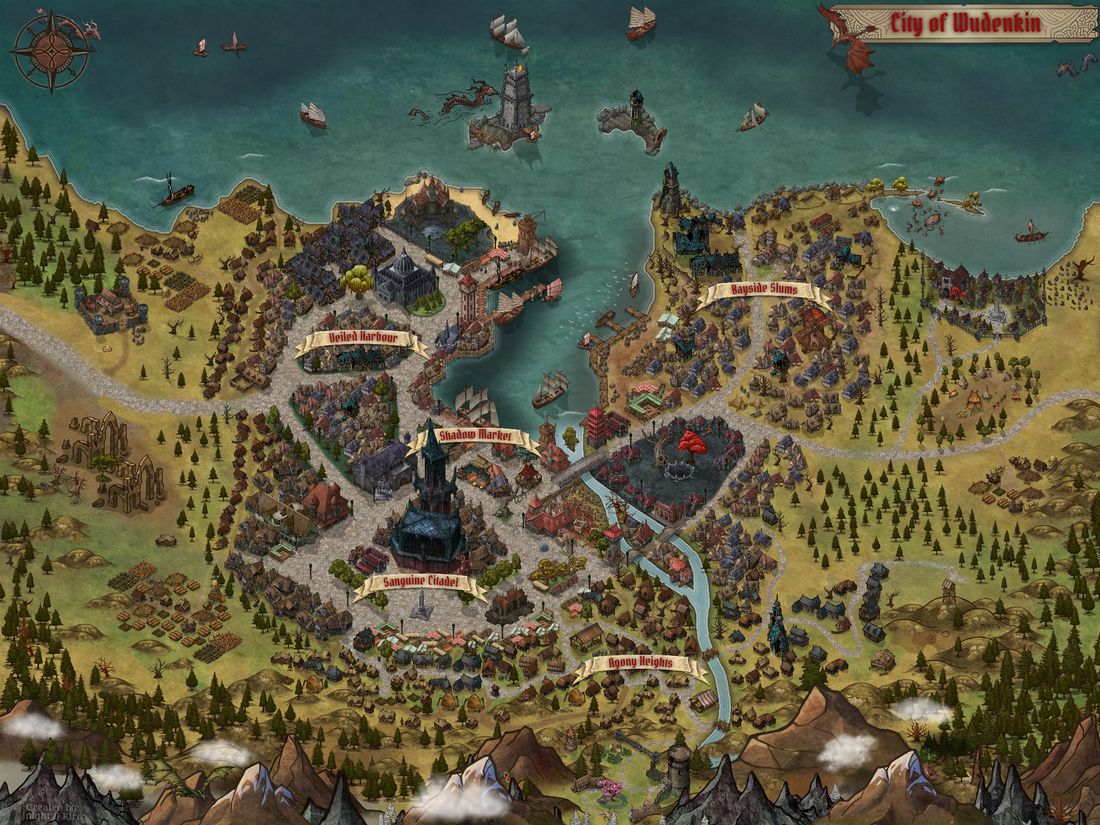 The Old Flag of Wudenkin Raised officially by Duke Cyrus after the Wudenkin Revolt, which caused the Duchy to join the Republic

Wudenkin was one of the ancient Fronen possessions in the First Age. When the Undead Lords came for the first time, the Grand Duke of Wudenka seceded the city with the assent of Harkin, the Chancellor of Fronen. Unfortunately, Louis, the Duke of Vozzesdor, was unfaithful, and also seceded his city for his own gain, and this critically weakened Fronen in that dark period.

Duke Trumpeldor and his General, Raven, were both severely injured in the second slaying of the King of the Undead, on the ramparts of Wudenkin. Raven died of his wounds. While the Duke was incapacitated, the Undead killed most of the Wudenki. Eventually, the Fronen were able to kill the King, at terrible cost, and the rebuilding began. By this time, Wudenka had ceased to exist as a realm.

The city has grown up that much, because of the benefiting location. It has survived many hard wars, since the lake on the north and the mountains on the south and west, leave a little corridor to enter and exit the city, which makes of Wudenkin a city hard to siege. That fact is known in the city for many generations, which make the inhabitants be proud of the city they live in.

After a long prosperous reign under Avalonian flag, the third Invasion began, three races invaded the island and the Daimons and the Monsters raided the entire western part of Avalon resulting to a civil revolt of the people of Wudenkin. Briefly, Wudenkin found solace as a part of Fronen but they too failed to hold the city in the face of the invasion, resulting in Wudenkin rebelling yet again.

Towards the end of the Third Invasion, a small group of former Vlaanderenese and Heenite nobles travelled to Wudenkin to found the realm of Valhus and reclaim the central mountains from the daimons. Wudenkin was in a terrible state, with barely 15,000 people remaining of her once magnificent populous. However with the peace and stability of the new realm, Wudenkin began to become prosperous once more. However even this was too good to be true.

Valhus eventually found herself riven by internal disputes and opposed by several powerful enemies. This quickly forced the realms complete collapse, thus Wudenkin briefly once again found herself independent before becoming a part of Bara'Khur. Since that time the city's growth and recovery has gone from strength to strength, eventually culminating in Wudenkin being declared the capital of Bara'Khur.