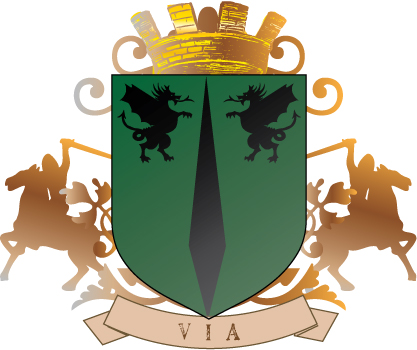 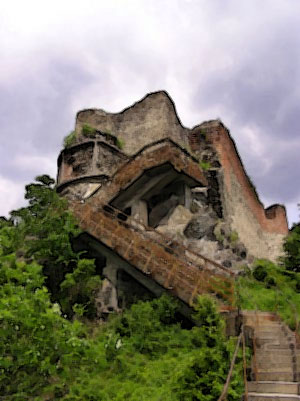 The ruin of Via Fortress.

... the city of Via, between Lower and Upper Via, seems like all people of the region are escape here, under siege from Undead. Brave warrior defend the city of Via, seem is troop are called "Waywatchers" this place is good, i will come here when the undead are gone... 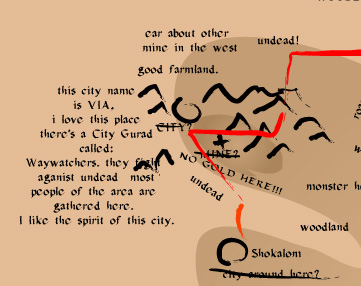 This is what Shuren Ikalak Corporal of The Waywatchers Brigade of Castle Via tell to me Milmice Vecchio Ratto during my travel with him:

"no traveller will be harmed until Waywatchers guard the road"

"the past lord of Via, was a vassal Echiur. During that period, Golden Farrow was in war with Echiur. For that was created the fortified Pass of Via. That pass is a crucial place for all the region, was the only safe road for go trought the Barrow Chain and the deep Forest Lavendrow.

The war during seven year and after two year of siege Force of Golden Farrow take Castle Via. The Vizir of Golden Farrow, impressed by the bravery of Shiro Kentamai the leader the castle resistence decide to not tear down the castle and found here an important stagional market.

The crossing of Via acquire even more importance. The has feature::marketplace of Via, placed in the middle of the caravan way between Echuir and Golde Farrow in the west east axis, and between Shokaloom and Itau in the North Sout Axis, bring to the city a lot of welness and improve all the area economy. But soon the two long caravan way become pray for brigant and the incoming Monster Invasion. the Regent of Via, Lord Serenghe Kelari decide to found a mercenary corp to protect trader on the way. After year the Waywatchers Army become the main army of Via and sponsored by Golden Farrow and Echuir start to protect all the road of the region. This way the Waywtchers lose a little the shape of the elite army for become more similar an expansive Watcher. Loosing quality, the utility of the army end. last combat recorded away from Via is the Wakreno Defeat, in that plain over four hunderd Waywatchers from Echiur and Via regiment fall under a huge Moster swarm hit, Ghurian Kelari, the last descendant of the Waywatchers Founder was slaughterd in this plain

Golden Farrow regiment, was disbanded and absorbed in the Main Army. So the castle Via regiment, was the last active Waywatchers regiment. With only 100 man that force can't do anything else to protect the castle. With the fall ot the Waywatchers the comunication n the region become diffucult, but the castle never fall again, even aganist the Monster Swarm or the following Necromancer rising. The economy of the region, and the surroding area fast decrease, leaving the area only the scent of the past greatness.

Now the Waywatchers of Via, try to reactivate comunication on the acient caravan way, following Trader and traveller. They never fight again aganist monster, but prefer to take some secret way for avoid it.

The castle of Via fallen apart slowly due the time injury and the lack of found for it. But until now thanks to the waywatchers regiment none after the Vizir of Golden Farrow reach the aim of cross the pass without the Watchers authorization. Now the waywatchers count around 40 man in Via and other 20 occuipied in trader escorting and in new path finding."

this is what i can record. I reported this on my travel book, and i sign here my intection of return here for take the lead of the waywatchers and rebuild the glory fo this Army and with it the Tradsing system around Via.

Via. A misterious, western small city, that has been discovered by Yefflen Malova. He brought back the news to Shadovar and said nothing but murmurs. Shadovar wondered what he copuld mean; he was asked, but nothing was released. Finally. A young boy was sent to steal his journal of the trip to Via and Nightmarch. Nightmarch said:" 7:09 PM--Darkness infested.... Hate being here. I could die...." Via said nothing but foreign lettering. Shadovar was later convinced that a conspiracy was at hand. Yefflen was questioned. The only sentence that was pried out of Yefflen's throat was:" It's a horrible place...." Yefflen turned pale, and edged closer to the investigator agent: "Death is near".