Difference between revisions of "Sharpspeare Family"

From Atamara, from the region of Cantervern. The family was originally in the realm of Minas Ithil, before it fell. 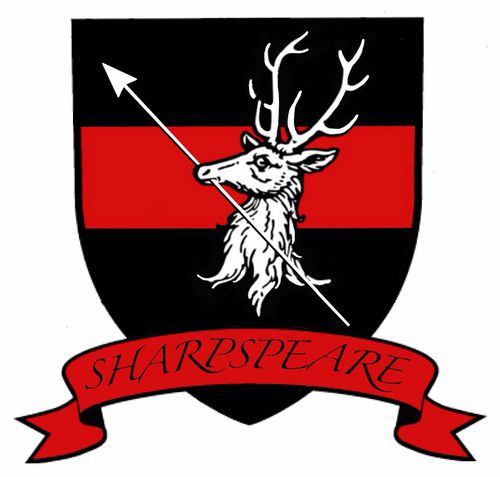 As Atamara sank, he fled to Dwilight. He found a home in D'Hara. In little time he became Baron of the Desert of Silhouettes. Currently Earl of Raviel and Lord Confessor of D'Hara. He was the Sponsor of the Royal Navy, formerly it's Vice-Marshal.

Drizztle is 6' 4 tall. A tall, board shouldered man. He keeps his face clean shaven. His eyes are a deep ocean blue. His favorite color is red, and upon accending the throne of Silnaria, he had a red cape made with the kingdom's Crowned White Owl banner on it. His hobbies include archery, hunting, and reading The Arrow's Path. He has a strong passion for Red Langor, which he family participated making in their home region of Cantervern. He has declared a personal hatred for Raoul De La Fere, and it seems to be mutual.

Dame Kateera McDowell sent him an elaborate long sword the glint of the metal shining in the light. The tip of the pommel is adorned with the McDowell emblem of a horse, three stars and half moon below it. The sword has eerie letters worked into the metal so as to not weaken the blade. The Blade is called The Guardian.

Queen Raziella of Lyonesse, upon ascending her throne, sent King Drizztle a gift of a cloak with thick, warm sheep wool lining the inside. The outside is of their realm's primary color with their realm's heraldic symbol embroidered in their realm's secondary color.

He is a devote follower of The Way of the Warrior Saints. His personal patron saint is Saint Argustain. He also follows the teaching of Saint Nycticorax, the patron saint of Silnaria.

His unit is called Castiel's Fury.

He was awarded as the initial recipient of the Silnarian Order of the Pious and Righteous of Earth and Stone.

He has participated in several tournaments, even winning the sword portion at a tournament in Shanandoah.

One of his best civil work endeavors was in D'Hara "Since you are from this region and know it well, you are quite efficient in this work. Your men take up the tools and toil for 6 hours, restoring production in Desert of Silhouettes by 26% to 100%. Loyalty in this region rises. Morale of your men falls 14 points." 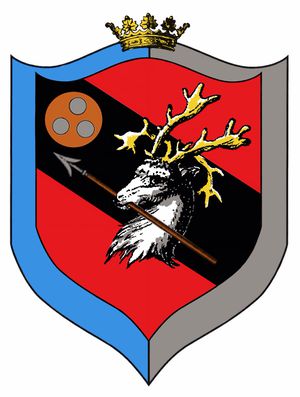 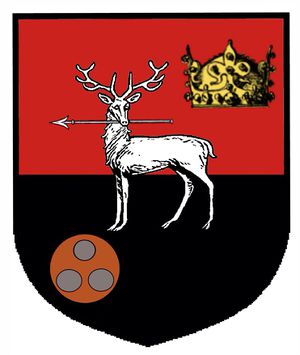 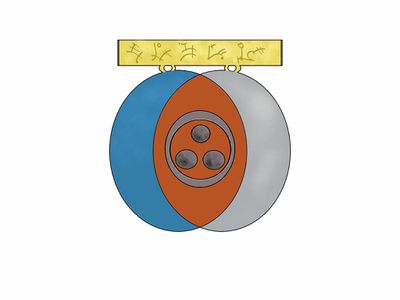 Leaving before the sinking of Atamara, he headed to the East Island. He landed in Semall, the realm later renamed Minas Nova (his suggestion). He became the first High Justice.

2nd King of Minas Nova, former Earl of Tarree in Strombran,former longtime Master of Coin of Stromrban (Banker), former Chancellor of the Interior (Banker,) Keeper of a Blessed Book (for a time), steward for the city of Strombran. Younger brother of Drizztle and older brother of Do'Urden. He is also the uncle of Davros.

Druzil is 6 feet tall. He has brown hair and small scar on the right side of his face given to him by his brother Drizztle. He loves Red Langor, and had it secretly shipped to his estate in Tarree; he makes his own Red Langor now, though it isn't asgood as the Red from Atamara. He was elected for a time as Chancellor of the Interior (banker), but could not run for re-election due to time constraints being a lord.

As a young man, he came of age in Strombran, then a republic. He served well, gaining the attention of Strombran's leaders. Eventually, an Earl left the realm and Druzil was chosen to replace him.

His unit is called Reaper's Wrath.

Once captured and the randsom was the highest he had ever seen You are still in prison, and will be held captive for 6 more days unless you escape or pay the ransom. The new ransom has been set to 8148 gold. 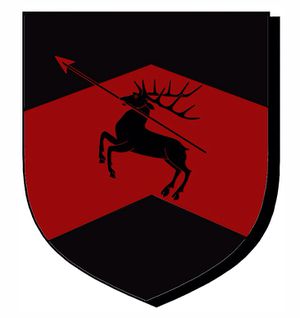 Duke of Unger, Former Count of Wailing Wood in Thalmarkin before the region fell to daimons and the Netherworld, holder of the Elemental Circlet of Wisdom (+4 Prestige), holder of the Unbreakable Buckler against Fire (+3 Prestige), Former Vice-Marshal of The Legion of the Wolf, younger brother of both Drizztle and Druzil. He is the uncle of Davros. Novice in the Order of The Golden Feather.

Do'Urden, the youngest of the Sharpspeare brothers, is 6'2 tall which makes his slightly taller than Druzil, and has a full beard. Growing up he looked up to his brother Drizztle. His hair is a deep chestnut color, as is his beard. When he came of age, he sought his own path away from Atamara. He eventually settled in Thalmarkin.

When he came of age, he made his way to Beluaterra and settled in Thalmarkin. Quickly finding a place for himself, he fought Thalmarkin's then enemy Melhed. Distinguishing himself early, he replaced the Vice-Marshal of the Wolves who mysteriously disappeared. He has served in several capacities, until finally he was recognized with his own Dukedom.

His unit is called Azazel's Cunning.

During one of the Daimon invasions, Do'Urden was contacted by one of the Daimons, Jactosh.Though he hungered to slay Jactosh, the daimon was slain elsewhere by another noble. He did take the news well. But Jactosh did not stay dead. He eventually became ruler of the Underworld. When Do'Urden learned his enemy lived again, he hungered for his chance to slay the beast. 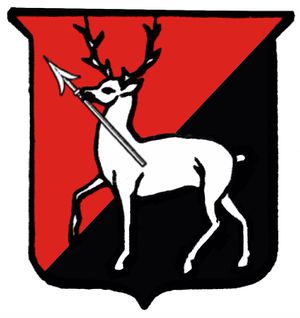 The son of Drizztle. He was made Earl of Falens, and the Earl of Endelee, and later Earl of Kail, and even Earl of Kheif. He was young and hungered for blood. He was seeking his fortune (and enemies to kill) on the South Island in Taselak.

He died in a duel with Giscar Skin Taker Andrasta. There were no hard feelings between the two. Davros died doing what he loved, fighting. His death occurred on 01-27-2016.

His unit was called Crowley's Charisma

A commoner. His home is in Ketampkin on Beluaterra. Has been used by Thalmarkin nobles to repair unique items on several locations. Has discovered at least two items. Those are Royal Club of Luz de Bia, Scintillating Staff of the Doomed, and the Moaning Mantle of the Plains.

Unique Items held by the family 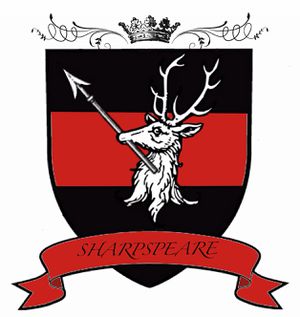 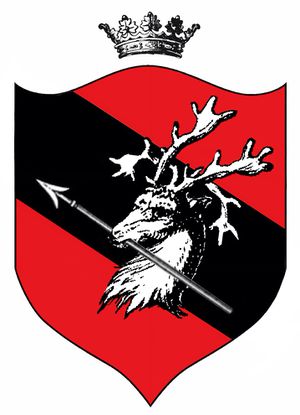