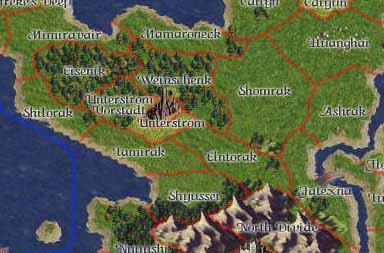 People from this region are known as the Unterfolk. Their culture has been studied during the last takeover attempt by Morek. An alternative name for the region and forest is Unterwald, and a duchy has carried its name.