From BattleMaster Wiki
< Astrum
Jump to navigation Jump to search 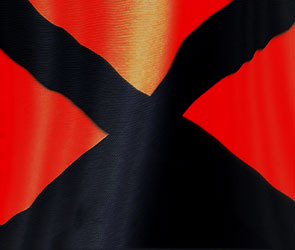 The Austere Order was created in Eidulb by Aram Stien. Its original charter was to defend the Western flank of Astrum, but over the years the army developed into the main fighting army of Astrum. As the name leads one to believe, the Austere Order was influenced by the balance of the three Bloodstars.

The army is well known for its discipline and has traditionally excelled in offense. It was also well trained for dealing with the horrid travel times in North-Western Dwilight, earning the reputation for flexibility and exemplary service that was the hallmark of the Austere Order.

The army ceased to be an active fighting force for a number of years. After Astrum was defeated at the hands of Niselur and Asylon, and the arrival of the false prophets of Sanguis Astroism, Vasilif Sergio disbanded the main army of Astrum, the Defenders of the Bloodstars and decreed that the Austere Order would once again be the primary fighting force of Astrum organized and led by Strategos Abek.

With the mass invasion of monster hoards, and the total loss of Western Dwilight to human control, Astrum was forced to merge with Corsanctum. Once Eidulb was lost, the base of the Austere Order was reconstructed in Mimer, the new capital of Astrum.

The Austere Order working with the forces of the Morek Empire under Ordermarshal Helm, defeated Asylon in their last stronghold of Unterstrom. The Austere Order now works to secure the domain of Astrum's new borders.